Gender diversity policy: the progress, the promise, and the challenges ahead

Everyone attending the CSEE 2016: 'From windswept land to spindrift swirl' is welcome and encouraged to participate in SWEEET.

Our 2016 theme is "Gender diversity policy: the progress, the promise, and the challenges ahead." Continuing with the tradition of accounts of successful women in ecology and evolution, we will have a series of prominent scientists speaking about progress in developing awareness of the science of gender equity. The goal is to impart support and knowledge about achieving gender equity to scientists-in-training through the sharing of information and networking opportunities.

We have designed the symposium to include time to discuss the material in the presentations in the form of a panel discussion that will include Kathy Martin (UBC) and Jeremy Kerr (UOttawa).


Our intended audience for this workshop includes post-secondary students working towards a career in science, post-doctoral fellows, and pre-tenure level faculty. The focus will be on creating opportunities and networking for women, but people of any gender are welcome to attend any part of the symposium. 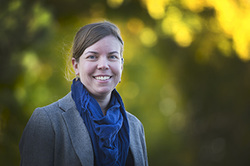 ﻿Professor Carissa Brown ﻿Carissa is originally from Thunder Bay, Ontario, on the north shore of Lake Superior and the heart of the boreal forest. Not surprisingly, her research background has emphasized boreal forest systems, particularly at the northern and southern edges of its distribution. She is broadly interested in plant species and communities at the edge of their range, focusing on the direct and indirect effects of climate change on species' distributions. This will be her eighth consecutive SWEEET at CSEE.​ 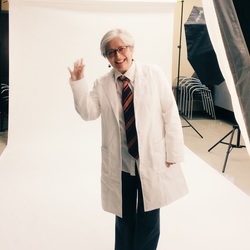 Professor Dawn Bazely: Dawn Bazely is full professor of Biology in the Faculty of Science at York University, Toronto, where she has taught since 1990. Dawn was Director of IRIS, the university-wide Institute for Research and Innovation in Sustainability for 4 terms, spanning 2006-11 and 2012-14. In 2013, Dawn received the president's university-wide senior teaching award and was named The Globe and Mail's Hot Shot professor for York University.

Dawn and her students study plant-animal interactions, from temperate to Arctic regions, along with associated research areas, including invasive species, climate change impacts, forest dynamics and fungal endophytes of grasses. She also carries out research into the science-policy interface and is a strong advocate for Women in STEM, having launched Ada Lovelace Day and its Wikipedia editathon at York.​ 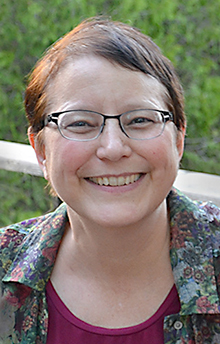 Professor Marie-Josée Fortin: Dr. Fortin is a Professor of Spatial Ecology. She is recognized internationally for my research in spatial ecology and conservation. Her research focuses on developing spatially-explicitly models the effects of global changes (climate and land-use changes) on species spatial distribution. Her research endeavors are at the interface of several disciplines (spatial ecology, conservation, network theory, community ecology, landscape genetics, spatial epidemiology) where the most current ecological challenging problems lie. She authored an acclaimed book on spatial analysis in ecology (Fortin & Dale 2005, Dale & Fortin 2014; Spatial Analysis: A Guide for Ecologists. Cambridge University Press). She was acclaimed as one of the 2014 Highly Cited Researchers from Thomson Reuters. And in 2015, she was awarded the Outstanding Scientific Achievements Award from the International Association for Landscape Ecology (IALE). 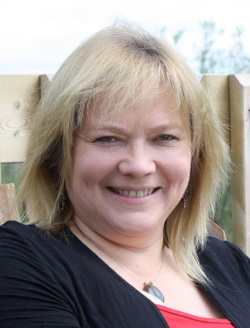 Dean Imogen Coe: Imogen is the founding Dean of the Faculty of Science and Professor (Department of Chemistry and Biology) at Ryerson University. Dr. Coe is also an affiliate scentist in the Li Ka Shing Knowledge Institute, Keena Research Centre at St. Michael's Hospital. Dr. Coe is a Board Director for the Michael Garron Hospital (formerly TeGH), and hErVOLUTION, a non-profit organization working on access to innovative education and employment services to girls and young women in STEM, and a member of the International Women's Forum, an invitation-only organization that promotes women's leadership. A vocal advocate for the engagement, retention, recruitment, and promotion of girls and women in STEM. Dr. Coe is recognized internationally for her work in this field. She has written and spoken on the issue on numerous occasions in diverse venues such as TEDx and the Huffington Post.
﻿ 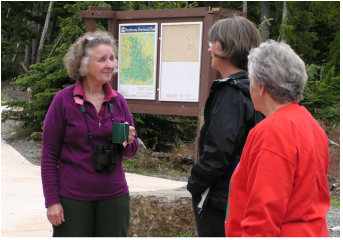 Professor Kathy Martin: Kathy Martin is Professor of Wildlife Ecology in the Department of Forest and Conservation Sciences at the University of British Columbia, Vancouver, and a Senior Research Scientist with Environment and Climate Change Canada.  Kathy has always held a fascination for how species persist and cope in extreme and challenging environments.  She conducts research on population ecology and life history variation of alpine and arctic songbirds and grouse across elevation gradients, and in relation to climate variation.  In 1995, Dr. Martin began an experimental study to determine the community structure and function for cavity nesting birds and mammals, and their responses to local and regional disturbance events. The Nest Web model she developed for tree cavity nester community organization has been adopted globally for studies of cavity-using vertebrate communities. 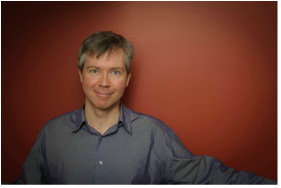 Professor Jeremy Kerr:  Jeremy Kerr is Professor of Biology and holds the University Research Chair in Macroecology and Conservation at University of Ottawa. His research focuses on understanding how global changes affect species and ecosystems as well as how to improve prospects for conservation. He focuses particularly on butterflies and bumblebees and on field work and teaching in Tanzania. He has published nearly 80 peer-reviewed papers in journals such as Science, Nature, and Proceedings of the National Academy of Sciences.  Kerr’s work has been featured in media around the world, including the New York Times, Washington Post, Guardian, and national broadcast media and has been featured in Parliamentary briefings and presentations in the UK and Canada. He is  President-elect of the Canadian Society for Ecology and Evolution (CSEE) and very active at the science-policy interface, contributing to development of national science and conservation policy and legislation in Canada. Kerr was selected for the Global Young Academy in 2011 and is a member of uOttawa’s Institute for Science, Society, and Policy. His awards include the Governor General’s Gold Medal, Early Researcher Award, and Young Researcher of the Year.